Thanks in advance? No thank you

Look through your inbox or an online forum, and it won’t be long until you hit someone making a request and concluding with ‘thanks in advance’.

What’s more, they may have no idea about the hornets’ nest of irritation they’re poking just by using a few short words.

We ran a survey of reactions to the phrase here at Emphasis (well, we asked around the office), and the results were pretty unanimous – and pretty damning. Words like ‘cheeky’, ‘demanding’ and, indeed, ‘hate’ were bandied about. OK, this wasn’t exactly scientific. But you don’t have to look far online to find that these kinds of feelings are widespread.

Crucially, requests ending in ‘thanks in advance’ are simply less likely to get a response.

That’s a lot of damage for 17 characters. What makes this phrase so irritating to so many?

Thanks but no thanks

By far the biggest problem people find with the phrase is that it sounds presumptuous.

By using it, you’re implying that something will be done – that’s why you’re thanking them now. It no longer sounds like a request – it sounds like a demand.

When you’re making a request that someone can refuse, this is the last impression you want to give. If it’s just a request, you shouldn’t phrase it as a demand.

Isn’t this overthinking it?

Some people might see this as a case of overthinking a few words. You might even be one of them.

But in business you can’t think exclusively about how things seem to you. You need to think about how they seem to the person you’re writing to. Even if, by writing ‘thanks in advance’, you just mean ‘thanks for taking the time to look at this’, that may not be how it’s understood.

Even if you don’t mind irritating the person you’re writing to, the phrase will still work against your self interest. That’s because it reduces the chances of you getting the result you want.

So what alternative expressions can you use when you’re asking for something?

If you’re really just making a request (that could reasonably be refused), one of the best things to say is ‘thanks very much for your time’ or ‘thanks for taking the time to read this’.

This shows that you appreciate that someone is paying a cost just by reading your message – and for busy people, the cost of even a small amount of time can be considerable. Also, by thanking people for their time, you’re not being presumptuous at all: you’re firmly recognising that you’re asking something (and not making a demand).

And if you want to say thank you for somebody’s help, it’s usually best to do that afterwards. It may take a little more effort to send a quick ‘Thanks’ when something is done. But that very fact means that doing so comes across as all the more sincere.

What about if it’s not a request?

Of course, if you’re in a position to tell someone what they need to do – if you’re a busy line manager, for example – then implying someone has to do something is exactly what you want to do.

But, even here, we’d argue that in most situations simply saying ‘thanks’ is better and somewhat less likely to raise people’s hackles. Among other things, it leaves you open to saying ‘thank you’ once they’ve actually done the task – alongside giving them specific feedback.

Whereas ‘thanks in advance’ is a lot more final – it implies this could easily be the last someone will hear from you. It also suggests nothing much matters beyond them fulfilling your demands.

Much as we’d like everyone in the world to be aware of the pitfalls of using this phrase and to use better alternatives, realistically that’s never going to happen.

So we have another appeal: if you read ‘thanks in advance’ and it gets on your nerves, try to re-read the message assuming the best possible intentions. Most people don’t want to deliberately come off as presumptuous or to annoy their readers. (Even if it seems that way sometimes!)

This is especially true if you’re reading something written by a speaker of English as a second language. Russian, French and Spanish all make use of similar phrases, and they’re generally less controversial and more widely used than their English counterpart.

Think of your reader

As ever, the key is to consider who your reader is. If you’ve used ‘thanks in advance’ in email correspondence for years, and your reader seems fine with it, then there’s probably no reason to stop.

But if you’re writing to people you don’t know (particularly if you’re making a request), try using something that seems less like a demand – and do your bit to make the world of work just a touch better for everyone.

Thanks in advance. Thanks for taking the time to read this. 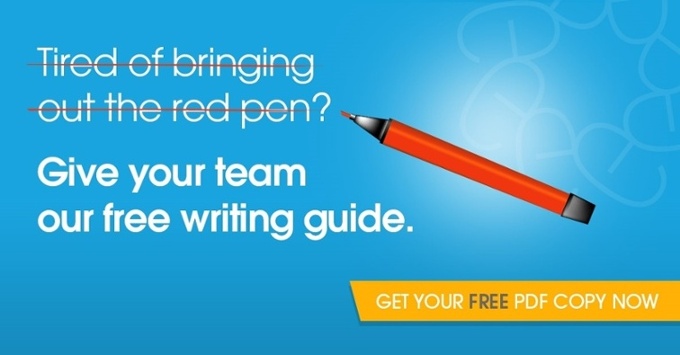 How do you start and end an email?

Messages sent by email lack the visual and auditory cues of real-life conversation, making them particularly vulnerable to being misread or misunderstood. So ensuring that you start and finish warmly and politely can make all the difference. This article will get your salutations and sign-offs sorted in five easy steps. Less formal than letters Back […]